Today is World IBD Day.  Every year our community gets together to celebrate awareness and a ton of posts on blogs and social media pop up.  I am no exception to this and I have written a post in honor of the day.  I have been thinking about what to write about for awhile and I really couldn’t think of anything that I can just type up.  Of the topics in my head I want to do some research and take my time on the topic.  So, I came up with this one which many people have tackled and even I might have done it previously.

Below is my list of 10 big misconceptions and myths of IBD.  They are in no particular order. 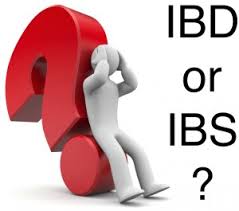 I can not stress this enough.  IBD or Irritable Bowel Syndrome IS NOT the same as IBD or Inflammatory Bowel Disease.  IBD is a chronic illness with no cure.  According to the Mayo Clinic,

Even though signs and symptoms are uncomfortable, IBS — unlike ulcerative colitis and Crohn’s disease, which are forms of inflammatory bowel disease — doesn’t cause changes in bowel tissue or increase your risk of colorectal cancer.”

As for IBD, the Mayo Clinic says this,

2. Everyone with IBD will eventually have surgery. 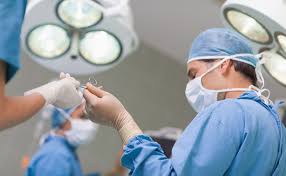 This is a weird misconception.  I know when I was diagnosed, I was told that I would probably have at least one surgery in my life.  When I saw this myth, I was a little shocked.  Of course, if you think about it, not everyone has severe cases and have no issues or problems so of course they might never have surgery.  In my case, I have a mild case and have never suffered from issues like blockages or fistulas.  So, in theory, yes this is a myth.

However, in my opinion only, that is only kind of true.  I say this because of all the extraintestinal problems that come with Crohn’s Disease.  I may never have a reason to have surgery on my intestines.  However, I did have surgery to remove my gall bladder, of which the doctor said he had never seen a worse looking one.  The cause for my rotten gall bladder most likely was the Crohn’s.  So while I haven’t had surgery for my Crohn’s I have had surgery because of my Crohn’s.  Yes, it’s semantics but on the surface, it is still a myth.

With all of that said, according to the CCFA, and this is from 2010,

These aren’t great numbers and it is easy to see why people think that if you have IBD you will need surgery.  However, more than 1/2 the people with UC and 25% of people with CD WON’T need surgery and that makes this statement a myth.

3. With IBD, my life expectancy is worse. 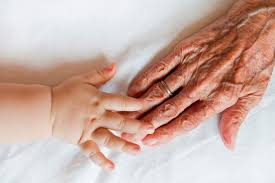 While it is easy to assume that this is true, there is no data to back it up.  I know many of us are connected via social media and are constantly seeing young people dying because of IBD.  I myself lost my father in law as a result of complications due to UC.  As with any disease, there are complications and exceptions.  Overall though, there is no real evidence to show that you can’t live a long life with IBD.

To best sum this all up I recommend reading an article found here, written by Amber Tresca.  The summery of it is this,

“Overall, the IBDs are not generally fatal conditions, but they are serious diseases. While death from IBD is uncommon, it is still important to seek treatment and develop an overall healthy lifestyle.” 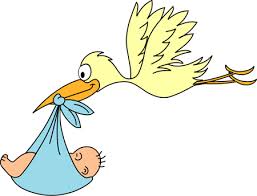 I don’t need to do research to know this is a myth.  So many people with IBD have kids.  If you couldn’t have kids with IBD, there is a chance since it is hereditary that it would have died out.  However, the key word I just used is hereditary.  That means it gets passed down within your family.  That mean you have to have kids to pass it on which makes this one a big myth. 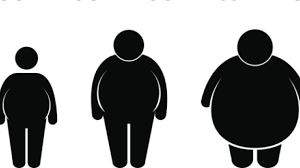 I personally know that this one is a myth.  I know because I was not a skinny kid when I developed Crohn’s and to this day I am not skinny.  Size in a person doesn’t make a difference with IBD.  It doesn’t care if you are skinny, slightly overweight or obese.

Looking online for this myth I came across and interesting study that actually shows an increase in obesity due to Crohn’s which blows this myth out of the water.  It can be found here. 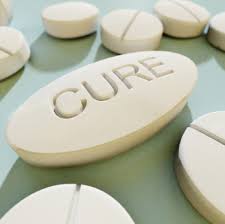 Contrary to what many people think, there is no cure.  PERIOD!  Nothing, and I do mean nothing you do or take will completely remove IBD from your body.  Once you have it,  you will have it the rest of your life.

Now, with that said, there are many different ways to look at this.  First, with UC, many people will say if you get surgery and remove the disease portion of your colon, then you are cured.  While this is kind of true, you really are just replacing one problem with another.  If you remove the disease you most like are left with an ostomy and anyone with one knows, it isn’t a cure.  You can have your life back, but you just trade in one set of problems with another.

Then there are the medicines that can mimic a cure.  There is good results with medicinal marijuana in putting IBD into remission.  LDN has been working great for me and others.  Some of us can go many years without a symptom and think that we are cured.  However, you are only in remission.  Your disease is inactive, but it is still there.

Of course, the real reason that you aren’t cured, even with an operation is, to put it simply, it is in your DNA.  The disease is part of you.  You might remove the active disease with surgery, but the disease is still part of your body.  Years ago it was found to be genetic, which means it is part of your genes.

7. A special diet will cure me.

Again, there is no cure.  There is remission, but no cure.

So, with that said, there are diets that can help many people.  Because IBD effects our guts, it makes sense that we will have problems with digestion.  First, many IBDers become lactose intolerant.  This is one of the first changes that seems to happen to many of us.  Next comes a variety of issues.  For some of us, it is a wheat intolerance.  For others, it is a protein intolerance.  Still others can’t digest solid food at all.  It all depends on the severity of  the disease and where in your body the disease is located.

Because of these issues, many IBDers are on special diets and they vary greatly.  There is the SCD diet which stand for Specific Carbohydrate Diet and more info on it can be found here.  To take that one further, there is the low Fodmap diet which again deals with carbs but this is focused more on helping people with IBS.  Many people are gluten free and stay away from wheat products.  The list can go on and on.

If we talk about diet, we must also talk about vitamins.  Because of our restrictions, we need to make sure we also take in enough vitamins and minerals.  Most IBDers will take some sort of nutrition supplement, whether it is liquid like Ensure or in the form of pills like multivitamins.  Some of us even have to go to the doctor to get shots of Iron or Vitamin B.

8. My age/race/ethnicity mean I can’t have IBD. 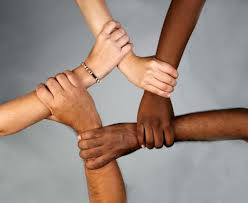 When I saw this one, I almost laughed.  I never thought that someone couldn’t get IBD because of an ethnicity or age.  I did find this doing some research though and thought it was interesting.  It is from The National Center of Biotechnology Information,

9. IBD is caused by stress. 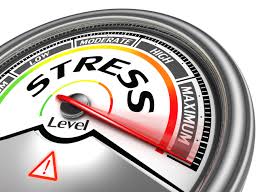 Right now no one knows just what causes IBD.  There seem to be many factors that are involved, such as genetics and environment.  Stress however can be a trigger for flares.  According to the CCFA,

“People with inflammatory bowel disease (IBD) commonly believe that stress can trigger their symptoms, and a new study suggests they may be right.

Canadian researchers found that among 552 patients with Crohn’s disease or ulcerative colitis followed for a year, the risk of a symptom flare-up increased when patients were feeling particularly stressed.

10. I can stop treatment when in remission.

The time has come once again for us to celebrate our disease and spread awareness.  This year I was inspired by CCFA’s poor attempt at marketing IBD.  As you know from previous posts that I was not for their Escape The Stall campaign.  I felt their campaign didn’t show just what our disease is or can do.

So, to keep this brief, I made my own video to show just what this disease is to us.  I hope you enjoy it.

I hadn’t planned on adding anything this month since I am doing the Writers Challenge and posting a post a day.  But I had an idea and I want to put this out there to get some help.

This goes out to anyone reading this that has IBD.  If you don’t have IBD, you can ignore this post 🙂

Ok….now that the normal people are gone, we can talk about them.  He he.

What I am needing from my IBD community are some photo’s.  I am planning on making a video for World IBD Day and an idea hit.  Since so many of us were upset over CCFA’s handling of our condition in their advertising, I want to do a video to show just what it is truly like to have IBD.  So, I need pictures of you at your worst.  Do you have a bad moon-faced?  Do you have pictures of your hospital stay?  Maybe you have a stoma you want to show off.  I want to make a nice collage of them in a video.

I will also need some triumph pictures but the majority that I need are the downside pictures.  If you have some you would like to send, please mail them to aguywithcrohns@gmail.com.  If you want yourself mentioned in the picture, please give me your name, twitter handle, website address, blog address, date of diagnoses and what condition you have.

Thank you everyone for your help.  I now return you to our regular programming.