Now that I got your attention…no I did not cure my Crohn’s.  This is a quote from a writer/blogger that claims she cured her Crohn’s from practicing Buddhism.

As you can guess, I am about to go on a rant because this infuriates me.  I have said it before, and will say it again.  IBD is incurable.  My last post was a repost from a friend who explains how even by removing the disease portion of your intestines with UC you are not cured.  It helped open my eyes because I was one of those that used to say that if you remove UC, then you are cured.  I know I was wrong in that thinking now.  Now, we have this person that says if you just think your disease away you can cure yourself.

Before I go any further, please go read the article, which was put out by a news agency.  https://open.abc.net.au/posts/my-freedom-from-bowel-disease-75ut3na

That’s right…a news agency.  The same people who should be reporting facts are now reporting opinions.

Now, I don’t want to dismiss the whole mind/body connection.  I do believe in it.  For years I felt I controlled my disease by my thoughts.  But I only controlled it.  I would never say I cured myself, even though I had no symptoms and was off all meds.  I was in remission.  It is possible to use your mind to help control the body.  I think her becoming a Buddhist helped her to clear and focus her mind.  Meditation is good for the body.  I won’t argue any of that.  Also, I won’t argue that stress plays a big factor in our disease and by removing it you get better.  Removing stress from the body at any time will help it heal against any disease.

“What became abundantly clear to me was that how we ‘think’ creates chemical reactions in the body. This in turn affects and can damage the cells within us. With no stress, the immune system works extremely well. By practicing acceptance, which prevents all stress, I got through breast cancer, skin cancer, and both my brothers dying of cancer. With each of these tests, the so-called incurable Crohn’s disease never returned.”

This was probably one of the few things I was able to agree with in the article.  I am happy that this author was able to tackle Cancer and still remain in remission.  I think it would take a very focused mind and it seems like she has one.  I applaud her for that.

The one quote that worries me though was this.. “In my understanding I no longer have Crohn’s, this so-called incurable disease. Some doctors still find this hard to believe and often just say to me “So you are managing your Crohn’s disease well!” I manage nothing but my mind.”  It worries me because she isn’t managing her Crohn’s.  She is treating this like she is cured, and even the doctors don’t say she is.  I think when she gets a flare she is going to spiral downwards real quick and probably suffer from some bad depression.

I sort of hope that Kit Campbell reads this and comes to the realization that she isn’t cured.  I hope that she eventually sees what we all see, and that she needs to be treated.  But I know reality and the truth is my job as an activists just got harder because of people like her telling stories that are best kept for the campfires.

A friend of mine, Marisa, wrote this on her blog.  I have to say that used to think that removal of the disease was a cure for UC.  My eyes have been opened though and I now know the truth.  I can even come close to explaining it as well as Marisa does.

Can Ulcerative Colitis Be Cured?. 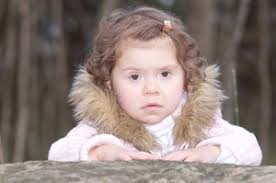