Well, we are in the home stretch on the blogs and this is one that will really make me think.  In the beginning of the month I didn’t give much thought to my post, now, I am spending probably too much time on them 🙂  This one will be no different.
When I first started down the IBD road, I didn’t give it much thought.  I went through my years of being sick and I never had a goal in mind.  I just wanted to feel better and live my life.  I didn’t even know too much about the disease.  Growing up in the 1980’s the only resource around was the local library and since there wasn’t much written about Crohn’s there wasn’t much to read. 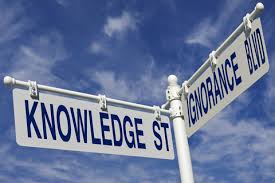 Over time, decades would pass.  During the 1990’s,  I started feeling a lot better to the point that I went off all medicines.  Since I didn’t know much about the disease, I didn’t know that this was a bad idea, and I didn’t see any point in learning more about my disease.  I went through life ignorant of what I had.

With the coming of a new century, my life changed.  In the 2000’s I started seeing a new GI who wanted me back on meds.  This started my downward spiral with medicine.  For some reason, I still never really felt the need to learn more about my disease or treatments.  Time would go on and living 20 years would come with me still ignorant about my disease.  I would go to some symposiums by CCFA and would read things here in there but by now I chose to just play dumb.  Why not?  I have been getting by without having to do much research.

By 2011, my life with the disease would change, and so would my goals.  My father in law who suffered with UC in his life and had a ostomy bag passed away.  This hit me because I looked up to him in my battle with IBD.  He was an inspiration in how he lived his life.  Second, I went into my biggest flare ever.  I started going through depression and felt like my life was going downhill real fast.

I started to feel useless in my battle.  After 23 years, I felt it was time.  It was time to finally find out just what I am living with.  I went online and realized just how much information was out there.  My life was about to change.  I was no longer going to be a patient, but an advocate.  I won’t go into the big details as I have talked about them a number of times already in other posts.   You know who I found online to be inspired by, who I learned from and just who could really help me.

After all is said and done, this blog now serves as my sounding board to help others.  I have gotten some really good feedback to show that what I stated out to do is working.  My main goal now is not educating myself but educating others.  I want to let other IBDers know just what options they have with their treatments, how to find a good GI and mainly just let them know that they aren’t alone with their disease.

My Facebook friends list has more IBDers than real friends.  Same for my Twitter account.  I talk to more people with UC and CD then I have ever.  Sometimes I learn some new information from them.  Sometimes I help them.  As 2012 draws to a close I look at where I have come from and how far I have traveled this year.  I went from feeling depressed, lonely and useless to being strong, confident and helping others.  I couldn’t have done it without the support of my fellow IBDers.

As for the future, I don’t know what it entails.  I want to become more active with CCFA.  I will probably work Camp Oasis this summer.  Anything else…I don’t know.  I guess we will have to wait and see.