This is something I have been wanting to do for a while but never seemed to make the time for it.  So, this year I am doing it.  I am holding a pool for the Super Bowl.  50% of the money raised will go to The Intense Intestines Foundation, a charity that helps people with Crohn’s Disease, Ulcerative Colitis, and Ostomies.  The other 50% go to 4 winners.

I am selling boxes for $10 each.  I will pick the box for everyone so it will be random.  There will be a winner for each quarter, so 4 winners.

If you would like to buy a box, or 2 or 10, let me know.  To make payment easy, I am using Paypal.  You can send the money to aguywithcrohns@gmail.com.

If you have any questions about this, please let me know or email me at aguywithcrohns@gmail.com.

We all know Health Activists are awesome. Share three things you love about yourself, things you’re great at, or just want to share. Don’t undercut or signpost!

This is a hard post for me to write.  I don’t like to praise myself and tote my achievements.  I am a quiet person and keep a lot to myself.  But for this, I will try to open up a little more and bring you more into my world.

1.  One thing I am great at…or I like to think I am…is cooking.  I took culinary arts in college and have a degree in cooking as well as management.  I may not be the best but I think I can handle my own in a kitchen.  Sometimes I have trouble thinking of dishes to make, but I can definitely take a recipe and make it my own.

2. One thing I love about myself is how I have been able to open up so much.  Growing up I kept a lot of things to myself.  I was a very closed off person.  No one really knew what was going on in my head.  This 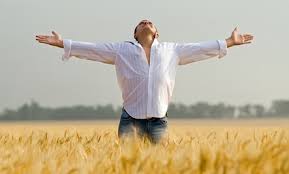 blog has really helped me to open up.  What has really opened the flood gates to my emotions is my IBD community.  Everyone I have met, whether it is in real life or on the internet, have been non-judgemental and always have an ear for me.  This in turn has helped me to do the same for everyone else.  I am so happy to have found my community as you have all helped me grow.

3.  One thing I want to share is that even though I have grown I still want to be a better person.  I want to do more to help.  Throughout the years I have always felt something was missing from my life and now I know what it is.  Helping others is so rewarding spiritually.  One thing I still want to do is start a charity but I need a lot of help with that.  The one thing I need before I move forward is a board of directors.  Once I get that, I plan on moving on it.  I have tons of ideas…just need the help.

“If I could do anything as a Health Activist…” Think big today! Money/ time/ physical limitations are no longer an issue. What is your biggest goal that is now possible?

This is a good topic because it helps me to put out there just what I want to do as far as my activism.  My goal when I started was to help out others that were in my position, which is growing up alone.  I wanted to let people know that they aren’t alone out there with their disease.  For years, because I was alone, I kind of ignored my disease.  Now that I know there is a huge community out there, I have owned up to it. 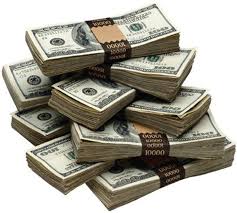 So if the sky was the limit and I could do anything I wanted….first I would create a charity (which I am slowly working to do).  The main purpose of the charity would not be to find a cure.  It wouldn’t be to unite people with IBD.  There are so many other charities that do these things.  My goal is education.  I want to help bring information about IBD to both patients and the general public.  I don’t want to say too much about my dreams as I am trying to make all this happen.

Right now, when someone gets diagnosed, the doctor briefly explains what the patient has and then leaves.  He might have some handouts that will also briefly describe the condition.  After that, the patient is on their own to do the research and seek out help.  That is where I would come in.  I want to have a way where that person can turn to the charity and have all the info they want right at their fingertips.  The info wouldn’t just be of the informative nature.  The charity would also help him connect with others both online and in real life with other IBDers.  It will help them find doctors in their area.  Basically it will be the go to be all for IBD. 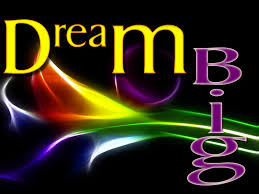 Now, I know I can dream big.  Reality is so much harder.   I have been going at this alone and it isn’t easy.  So I am going to use this post as a call.   If you are reading this, and you want to get involved and be part of this great movement, let me know.  The more help I can get, the faster this dream can be a reality.

This is a repost from http://www.healthline.com/health-news/crohns-warrior-patrol-charity-sponsors-hospital-visits-031313  The article was written by Jaime Weinstein, a fellow online health activist

No matter where you turn these days you see commercials and print ads featuring #Hashtags, links to Facebook and Twitter pages, and QR codes for corporate contests. However, social media isn’t just for advertisers; it’s for patients too.

Social networks are a means for patients living with IBD who are located across the globe to reach out to and communicate with one another. It was also the catalyst for Michael A. Weiss to create the Crohn’s Disease Warrior Patrol (CDWP).

In the late fall of 2012, Weiss, a lawyer, author, and long-time Crohn’s disease survivor, blogged about the need for patient support from others who understand things that only other IBD patients can. A few weeks later, Weiss was contacted via social media about meeting with a young patient named Damon, his mothers, and his older brother.

Ivy Lindsay of Comfort Ostomy Covers by Ivy was originally contacted by one of Damon’s moms to create personalized ostomy covers for Damon, who was having a hard time coping with not one but two stomas (ports in the abdomen that are used to remove waste from the body). One of Weiss’ blog readers and Facebook friends who also happens to be an IBD advocate, Jeffrey LeVine, told Lindsay to speak with Weiss about her young client.

They talked at length about the young patient and his needs, but something was still missing: another IBD patient with an ostomy whom Damon could relate to. In came Marisa Troy. LeVine introduced Troy into the fold, and few phone calls later, arrangements were made for the trio to embark on their mission to meet Damon and raise his spirits.

“Marisa was amazing with Damon and I was impressed with her ability to make him feel at ease while she was also being so candid about her own experiences,” Weiss said of Troy. You can read more about the CDWP’s inaugural visit with Damon here.

This was the kind of interaction Weiss envisioned when he blogged, “Patients helping patients is the best medicine.”

The Birth of a Non-Profit

After meeting with Damon, Weiss embarked on a quest to expand the CDWP. He wanted to create an organization to connect Crohn’s “warriors” and advocates with hospitalized IDB patients to offer them comfort and a friendly, in-person visit.

Several of Weiss’ social media contacts referred him to Alex Fair, CEO of Medstartr.com, a website that utilizes crowd funding for healthcare start-ups. With the help of Fair, a few lawyer friends, Wall Street financiers, and Foundation executives, Weiss crafted a multi-phase business plan for the CDWP and will file for Tax Exempt Status from the IRS as a Charitable Foundation under section 501(c) 3 within the next few weeks.

The CDWP: Not Just for Crohn’s Patients

The CDWP is not just for Crohn’s patients, it’s for all IBD “warriors.” And through the Medstartr initiative, Weiss is hopeful that CDWP will be embraced by IBD medical practices, psychological practitioners, hospitals, and pharmaceutical companies.

If you would like to become an IBD “warrior” helping other patients in your area, you can sign up at: http://crohnsdiseasewarriorpatrol.org/.

I was happy to be involved in this meeting with Damon.  I felt like my part wasn’t that big and I was just doing what needed to be done.  My original post about this can be found here https://aguywithcrohns.com/2012/12/31/goodbye-2012-hello-2013/.