What gets you OUT of the pit of despair when nothing is going your way? 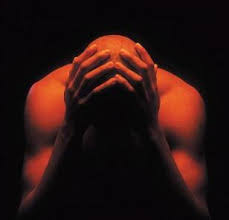 This topic got me thinking a lot.  Well, more or reminiscing.  It wasn’t that long ago that I was at my burnout point.  January 2012.  By now if you are a regular reader you know the date.

There I was, constantly running to the bathroom, dealing with cramps, having no appetite and ready to give in.  I was sinking into depression and wanted an end to it all.  Well, not all…I didn’t want to committ suicide..but it did enter my mind.  What I wanted was to be done with my Crohn’s.  I wanted to call my dr and tell him to yank my colon out.  I had had enough.  No meds were working.  I saw no relief ahead and I had no fight left in me.

Basically, I was burned out.  Over the years I have had some depression every now and then.  There were days where I had no energy and didn’t want to get out of bed.  Everytime that brick wall hit, I would just try to keep positive thoughts and would get myself out of my funk quickly.

This time around was different.  I couldn’t think of any reason to go one.  I was dealing with too many emotions and couldn’t handle it.  I felt like a crash test dummy hitting the wall at 100 mph.  My body was giving up and so was I.

And then, as many of you know, I found myself.  I found my voice.  Basically, I found my community.  Where I saw no future for myself, I now saw warriors fighting back and saying “I won’t give up”.  I watched videos from Sara, Kelly and Maggie (you know the names by now) and they showed me that I CAN’T give in.  My life was worth so much more than my disease.

Over the past year I have been doing pretty well.  There have been some times when the diseaes brings me down and I jump back to my community.  So the answer to what gets me out of despair….is YOU.  My IBD community.  Whether it is on Twitter, a group on Facebook or some posting on a IBD website.  My fellow Crohnies (and UCers) help me recover and get my sense of worth back.