Write about a time that you lashed out at someone close to you because of frustration/fear/anger resulting from your health condition and you wish you could take it back. Forgive yourself and let it go.

On the flip side, write about a time that someone said something to you that they wished they could take back. Did you forgive them? Why or why not?

Both of these prompts got me thinking long and hard.  I know that CD has interfered with my life at times.  I know I have been angry with myself over it.  But I can’t think of anything that I had said to someone or someone saying something to me that we would both regret…due to my illness. 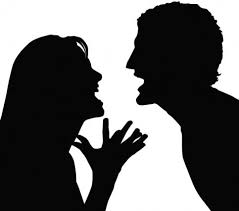 I know my disease has been a topic of discussion in my family more than once.  I know it has messed up days for my wife.   Yes, there have been times that she says I am using my illness to get out of things.  She has said it more out of frustration…and I totally get that.  It is human nature.

The thing is, we have never had a real fight over it and if she does say something bad, she does apologize and we do talk about it.  I also have at time just been so stressed that I get a short fuse and might explode at times.  But again, it doesn’t become a major thing and I apologize and explain what is going on.

That is the thing about relationships.  Whether it is with a friend or a loved one, you have to be open and honest.  If you do have a fight over the disease, talk it out.  Let the person you are arguing with know how you feel.  Don’t keep it inside.