This post will have a double meaning to it.  It will serve as my post for National Health Blog Post Month and it will server as an update on my treatment.  If you follow me, then you know what I am about to write about.

I want to talk a little about an alternative drug treatment for Crohn’s Disease that is growing in popularity.  Now, it isn’t  a supplement that is over the counter or some herbs.  It is a prescriptive medicine but I say it is alternative because currently, it is not an approved treatment for IBD.  I am talking about Low Dose Naltrexone or LDN.

Over the years I have tried every type of medicine for my Crohns.  It started with the sulphur drug Azulfidine and has ended with the biologic Humira.  I have done Prednisone, Dipentum, Azacol, Remicade, Cortiform, Lialda and possible some others that I can’t remember.  None of these meds helped me and in fact I usually got sicker on them and developed other issues.  With Humira I developed a bad case of psoriasis.  After 24 years of traditional therapy, I was open to something new.

Naltrexone has been around for years.  It is mainly used to help drug addicts get off drugs.  It works by blocking the euphoric feelings from opiates.  It was found that it can be used in a small dose, 4.5 mg compared to 50 mg, and still work.  During a study on the drug it was found that by blocking these receptors, it was helping in the body fight off inflammation and heal itself.  So a person can take Naltrexone in a low dose, not get major side effects and have it heal their IBD.

The downside to Naltrexone is that it is an old drug.  It has been around for many years.  This has made the drug very inexpensive.  Because there is no money to be made on the drug, why would the pharmaceutical companies spend millions to research it?  For a month’s supply I pay $15.  I don’t even put it through my insurance. 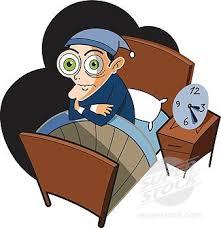 So how well does it work you ask.  Well, to start, the beginning is rough.  There are some side effects in the beginning so beware.  For the first 2-3 weeks, you will have insomnia.  The drug works by kicking in your endorphins at night, around 3 in the morning.  It will keep you up when this happens.  You will also have very vivid dreams that seem extremely real.  Don’t worry..this will all pass.  Eventually your body gets used to the endorphin rush and you will sleep.  In fact, Naltrexone helps with producing serotonin so it helps you to sleep better.

As for my use, I have been on LDN for about 2 months now.  Overall I feel great.  I can finally say that I am no longer in a flare, which started in early 2011.  I was having a real rough time and even though going gluten-free helped, it never fully took me out of the flare.  Now, I am feeling normal again.  I go to the bathroom around 3-4 times a day…something I haven’t done in many years.  My best day would be 8-10 times a day.  I have no gut pain, no joint pains, no eye problems.  My psoriasis from Humira is healing and going away.  I am starting to feel like a normal person again.

On Monday, I saw my GI.  As I have mentioned in the past, I am his first patient to use LDN.  It is an experiment for both of us.  He seemed very happy that I was doing so well.   I am happy that I am well, but I am really happy because if I do real good on it, he might decide to use it as a therapy for other patients.  This really makes me happy because not only does it open up a lot of doors for people who are in my situation, but the fact that I would be able to change a doctor’s mind on treatment options.  I have always liked my GI as I felt he listened well and was open to new ideas.  I wish other doctors would follow his lead.