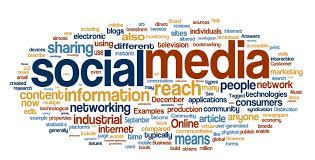 I can remember being a kid growing up in the 1980’s.  We would spend the day outside playing with our friends and having fun.  After school we would come home and actually do homework.  If we behaved we got to watch about an hour or two of television before going to bed.  Things were simple and fun.

But what is my favorite?  Honestly I don’t know.  I spend most of my time when I am home on Facebook.  I have met many people on there and belong to a number of groups…some IBD related, some not.  I was thinking of mentioning some of the groups but then I realized that they are closed groups so the people running them might not want me to mention them.  So I won’t.  But if you have IBD, just do a search and you will find a lot of groups that deal with IBD.  I have met so many great people from these groups and they really have helped me to deal with my disease.  It is the one thing that was always missing from my life…meeting people with my disease.

Another great thing about Facebook is that it is Real Time.  You can chat with people instantly.  Not only have I met some great people, but I have talked with them one to one and gotten to know them better.  I have gotten to speak to some of my IBD idols and not only have they helped me out but I have been able to help them out also.  We can be there to be a pick me up for each other when needed.

Besides Facebook, I use Twitter a lot.  Again, I have been lucky to meet a lot of people with IBD with this site.  Again, like Facebook, you can talk to someone in real-time.  The only drawback is that you are limited to the amount you can say.  A tweet has to be no more than 140 characters.  That may sound like a lot of letters but believe me, it isn’t.  There can also be a lag at times with Twitter so it isn’t always instant.

The last type of social media site I like, but don’t use as often is YouTube.  It was the site that helped get me started on my IBD journey.  It is where I got inspiration when I was sick.  It is where I learned I

wasn’t alone.  It is where I met Sara, Maggie, Kelly, and many other inspirational people.  I myself tried using YouTube to start my blogging journey.  I quickly learned that I was a camera person and I can do better by typing out my thoughts.

Now, there are many more sites out there and some of you might like them.  That is fine.  I am not against sites like Pinterest or Instagram..I just don’t use them much for IBD related things.  Many people do use them so my advice is to go out and explore.  Don’t just take what I have to say as an end all.  Search the internet.  Explore around and find sites that are a good fit for you.  There are so many different websites out there.  Go out there and have some fun.  Just don’t forget to come home for dinner 🙂