With all this talk about transgender people using bathrooms I can’t help but think just how crazy this all is.  We have so many problems in this world and this is what people are wasting their time fighting about.  The more I hear about it the madder I get because truthfully, I don’t care.  If a person feels like they were born the wrong gender and they are trying to correct it, why should we stop them?

Then I really started thinking about this and how it relates to IBD.  I am sure many of you with IBD have been in this situation and will relate.  You go into a restaurant or store and they have gender specific bathrooms but they are single use.  Your gender is taken and you have to go now.  There is no holding it.  So what do you do, you go into the other gender’s bathroom.  Many times we don’t think about it, we just do it.  We don’t care because it is that or we are shitting our pants.

Now, times are changing and certain states are passing laws that say  you are not allowed to use the other gender’s bathroom.  This is aimed at keeping trans gender people who haven’t had the reassignment surgery from using the inappropriate (in the government’s eye, not mine) bathroom.  But really, with these laws, we are all affected also.

What this means is if someone sees you coming out of the wrong bathroom in say North Carolina, you can face a fine or being arrested.  All because you had to do something that is totally normal and natural.

So what does this mean to you.  It means it is time for us to start speaking up for civil rights, not just for us or trans gender people, but for everyone.  When a law is passed, it doesn’t just affect the people it is made for.  There are always other people affected.  Now, with the bathroom laws in the spotlight, the IBD is becoming affected even though we aren’t being attacked.

Whether you believe in people being transgender or not (that is another debate for another time), we have to start speaking up for our community.  Of course the easiest way to speak up is to write your senators and let them know to leave the bathrooms alone.  As for the states that already have these laws in place, you can boycott them.  Don’t visit the states.  Don’t buy anything made in those states.  And spread the word online.

Hopefully one day we can live in a world that is tolerant of everyone.  Personally I am just tired of all the fighting and intolerance. 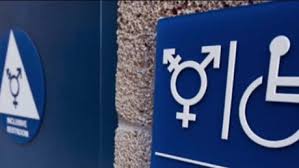 6 comments on “IBD, Transgenders and the Bathroom Laws”