Introduce your condition(s) to other Health Activists. What are 5 things you want them to know about your condition/your activism?

Hello.  My name is Jeffrey and I am a Crohnie.  Well, that is how I would imagine an introduction would go in an anonymous IBD support group.  Of course, an intro like that kind of has a negative stigmatism to it because it reminds us of intro’s used in AA which, even though it is a good group, you go there because of an addiction.

Well, having IBD is kind of like an addiction.  It is something always on our minds.  We take drugs to forget the pain we are in.  And no matter how much we want to forget about it, we seek out others who have the same so we can relate and fit in.  But, IBD is NOT bad.

That is #1.  IBD is not something we can control and it is not contagious.   IBD is an auto-immune disease and we have no control over it.  Like many addictions, IBD is condition that happens and we have no control on how it will act.  We can try to manipulate it with medicine, exercise and diet but it will ultimately act however it wants.  It is the body attacking itself so there is nothing that will spread to someone else when you cough, sneeze or bleed.  You can’t give it to someone else.  It is a genetic disorder that needs a lot more understanding.

#2 – People with IBD at times are in a lot of pain.  There are different types of disease under the IBD umbrella.  They all act differently and there are different severities to them.  But over time,  anyone with IBD will experience pain.  The worst thing about this is that the casual observer may not know this as you can’t tell just by looking at someone.   People with IBD get good at hiding their pain so you might not know just how much pain they are experiencing.  But know, it is there.

#3 – A lot of people with IBD feel alone. They don’t know anyone else with the disease and because it isn’t a well-known disease, no one understands what they are going through.   This lead me to my activism.  I grew up alone and in the dark with my Crohn’s.  There was no internet.  It was hard to find information about IBD, let alone meet people who had it.  Now with our global community, I have taken to the web to let as many people with IBD know that You Are Not Alone.  Within the past year I have learned so much about my disease and met so many great people.  This is the main reason I do what I do.  I don’t want anyone to grow up in the dark.  Whether you are 8 or 68, you are not alone with your disease.

#4 – IBD is not a death sentence.  Many people with IBD feel like their life is over.  For some that spend months at a

time in a hospital, living a normal life seems impossible.  For some, they have to live with a stoma and feel like they can’t live like that.  From what I have seen and learned this past year, you can live a great life.  IBD does not kill.  I know I can get into a debate over this because IBD can cause other problems, which in turn can kill a person….but IBD alone will not end your life.  You will survive.   I recall words from a fellow activist who is currently struggling herself “You are strong, you can do this.  You are a fighter”.   IBD can and will cause depression but just know that you will live and get on with your life.  Try not to focus on the past and all the problems.  Instead try to look at what you want to do with your life and try to make it happen.  Baby steps.  Don’t try it all at once.  But you will find that if you make the attempt, you just might succeed.  The more you focus on the good, the less you will think about the bad.

#5 – IT IS NOT YOUR FAULT!!!!  I think everyone with IBD at one point in their life looks in a mirror and asks why me.  They try to look at what they did in their life to bring on their disease.  Was it something you ate, or a procedure that 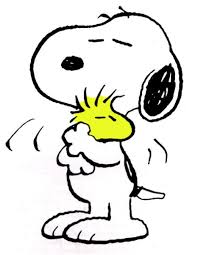 you went through.  As I have stated before, this is a genetic disease.  You did nothing but be born with a gene.  Nothing you did brought on the IBD.   It just chose to rear its ugly head when it did.  I have learned that instead of asking the Why Me question, I know ask, what can I do to calm the beast.

IBD really is a bitch of a disease.  It is still largely unknown to the general public and a lot more research is needed.  We need to bring more awareness to this disease.  I speak up now to help educate others.  If you meet someone with IBD, don’t be scared of them.  Don’t ask how they are because odds are they won’t tell the truth.  Deep down, they are probably hurting.  Instead, give them a hug and be there for them.  Listen to their words. No matter the age of the person, I think we are all still a scared little kid just wanting some comfort and to know that everything is alright.