Yesterday I came across an article.  It started because I was wondering how voting for the Restroom Access Act, aka Ally’s Law, went in Virginia.  I looked it up online.  I was appalled at what I had found.  The act was defeated without a single vote cast.  That means that every politician that had the right to vote on it agreed that it wasn’t worth their time to even discuss.  I was outraged by this but was soon about to get even more pissed off.

Continuing my research I found and editorial written for a Virginian newspaper.  It was written by Kerry Dougherty and can be found here.  Please go read it.  I will wait until you finish reading it.

So you finished it.  I can see how red your face is.  I guess she made you as mad as I have been for the past 18 hours.  How can someone be so ignorant not only to people with IBD but to me it seems like she is against anyone with a disability.

But lets break down some of what she had to say.  First, she writes, “And it marked the death of one more over-the-top, well-meaning measure cooked up by a Northern Virginia Democrat. Another bill that would have attempted to legislate common sense.”  – First, does it matter if the person introducing the bill is a Democrat or Republican.  What just because a Democrat introduces something it is immediately bad?  Next, a bill that would attempted to legislate common sense.  Yes, it is common sense and yet it is ignored.  Why do we have to fight to use the bathroom.  IT IS COMMON SENSE and yet people will still not let you use their bathrooms so yes we should have a law.

“The impetus was an Alexandria teenager who was diagnosed with Crohn’s disease about two years ago. After being barred from the employee-only bathroom in several retail stores, he told his mom he wanted a state law that would make it illegal to turn away someone with a legit medical condition.”  Man, this just shows the author didn’t do her homework.  HE TOLD HIS MOM—-Ally is a woman, not a man.  I have spoken with her and she is amazing.  Follow Ally here on Twitter.  See, she is a woman.

“If only adults or civics teachers would teach kids that there are better ways to fix problems.” – Um, Ally found a problem and is fighting for the government to back her in her fight against injustice.  What better way is there to fix the problem?  I would love the author to suggest just one way.

Lastly, the author goes on to tell a story of how she was in a nail salon one day.  A woman came in to the place, looking like she was in an emergency and asked to use the bathroom.  Afterwards it turns out she stole some wallets.  So, now everyone with IBD is being compared to thieves and criminals.  None of us can be trusted.  WOW!

I have seen a lot of prejudice in my life.  I have seen discrimination.  I have seen bigotry.  This editorial takes the cake though.  Just weeks ago the CCFA launched a campaign which so many of us agreed was way to light.  It showed that we mainly use the bathroom and that there are no other problems.  Maybe if they had used a more aggressive campaign, Kerry would have a better understanding of what we go through every day of our lives.  I won’t get into it as that is a whole other post.  But Kerry’s ignorance shows the need for more awareness.  IBD is still mostly unknown.  People think we are making up our symptoms. 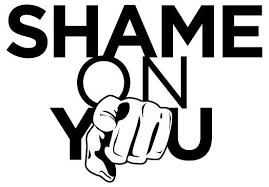 14 comments on “I Have Reached My Boiling Point”